A couple months ago my son took a tumble while we were riding bikes down a little dirt hill.  He hit the brakes too hard and wound up scraping the living hell out of his knee.  Unfortunately, we were about half a mile from the house and I didn’t have my cell phone so I pushed our bikes and he limped along.  Taking a big tumble is all part and parcel of riding, but he got a pretty good gash on his knee and slammed the pavement pretty hard.  It had to hurt.

It’s funny how we let the past control us.  A single element – in this case a fall – is more memorable than all the times he did manage to make it down the hill.  The crap I took in Junior High and High school still pisses me off sometimes and arguably drove me into the waiting arms of Kenpo.  Like the saying goes, never judge a man until you’ve walked a mile in his shoes.  What we are now is due in no small part to what we were back then.  The choices we make – and the ones made for us – follow us forever more.

Depressing thought, right?  Here, cheer up with Tim Kreider’s take on it. 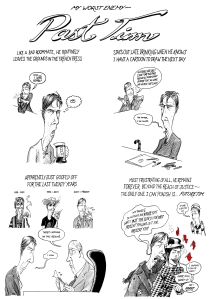 Copyright 2009 by my hero Tim Kreider

The idea that the past creates the present determines the future is at the heart of Sharon Brownlie’s Betrayal, a gritty crime drama with an antagonist that you can’t help but root for in Helen King and a group of protagonists trying to stop King’s bloody quest for revenge.  One of my theatre profs in college loved to say, “Revenge is always a good motive,” and revenge is well established and well-used in Betrayal.

One of the things I like to see in a story is the idea that the bad guy (or girl, in this case) didn’t wake up one morning and just decide to be a evil.  Real characters, just like real people, rationalize their deeds and the best of them can rationalize to the point that, yes, it makes perfect sense to follow this path.  Those people deserved what they got.  It wasn’t murder, it was revenge, and it was justifiable.

Helen King, the protagonist/antagonist, of the story wakes from heroin sleep in a rat’s nest of a room and decides this isn’t right; this isn’t what she was meant to be.  She decides she wound up in this place, in this position, because of her past and what was done to her.  Her past created her present and that, in turn, determines her future.  We all have bad times, but our bad times pale in comparison to Helen’s: molested by her father, called a liar by her mother, shuffled off and covered up by the people that should have helped her, she fell into drug abuse and prostitution.  No one has helped her.  Ever.

That horrific upbringing molds her present, and her present is hardly better than her past.  Her present situation has, in her mind, only one future ahead of it.  But no matter how well-reasoned her future path is, there are those who will want to stop her.  Thus begins the cat and mouse game with Helen cutting a swath of destruction and cops trying to stop her. 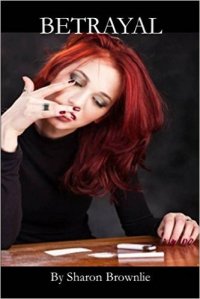