I’ve got a special going on this week, two reviews for the price of one.  It wasn’t entirely intentional, but I couldn’t pass up a vampire book and a book on marital arts from the same author.  Now, if only John Hennessy would write a martial arts story about vampires I could sleep at night.  The first review is for Hennessy’s Murderous Little Darlings, the first tale in his series about young vampires.  The second is for The Essence of Martial Arts, Hennesy’s treatise on, among other things, Kung Fu.  Both are entertaining reads, well written and well thought out.  The first is a must read for anyone interested in vampires.  The other is a bit more rarified; if you’re into martial arts it’s a fascinating read.

Remember vampires?  The real vampires, not the ones that sparkle in the sunlight.  They were hunters.  Predators.  They fed on blood and were completely unapologetic about it.  Deacon Frost, the bad guy from Blade said it best:

“For fuck’s sake, these people are our food, not our allies.”

The vampires in Murderous Little Darlings are young, little more than children with a taste for blood.  It’s a short story that explores what it’s like growing up vampire.  While the story has a twist ending (that I won’t reveal here), there are elements of the story that make me wonder if there’s a further twist that hasn’t been explored yet.  There are multiple books in the series ranging from short like Murderous Little Darlings, to longer works that I have yet to read.  I need – need – to read the others now because I really want to know what the overarching story is and whether I’m correct about my assumption.

That need to read to more is the mark of a good story; you become invested in it and want to know how it ends.  Had this been a poorly crafted tale I would have finished it with a “well, that just happened” mentality and moved on, but the characters have stuck in my craw and I want to know what happens to them.  This first story is like the opening salvo, a bloody good yarn that introduces you to some kids who are struggling to understand their world and their place in it.

I have a feeling their place will be, shall we say, interesting.

So, if you like vampires and want to see a better take on them than certain recent stories have done, check out Murderous Little Darlings.  You won’t be disappointed. 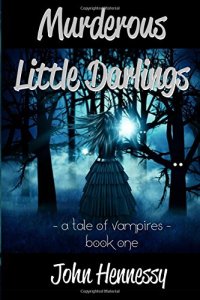 Next up is The Essence of Martial Arts,

This is a treatise John Hennessy has put together on his years of experience in the martial arts.  It focuses a lot on Kung Fu, specifically Wing Chun, but there are notes on his experiences with Karate and Tai Chi as well.

A bit of background for those not in the know.  The Chinese martial arts encompass a wide variety of styles and systems ranging from the antics of Drunken Boxing through the various animal styles and into things like Hun Gar and Wing Chun.  They all fall under the blanket term Kung Fu, which actually refers to a skill that is learned or a talent.  Some people insist on referring to the Chinese martial arts as wushu, which is probably a more apt term but Kung Fu has stuck.

I’ve spent a large amount of time in the Japanese and Okinawan arts (Shodinji Do, Kenjutsu) and the Asian-American fused Kenpo, but don’t know a whole about the Chinese arts, so this was an interesting read to me.  When you get right down to it, martial arts are martial arts and while they may look different, they all share certain similarities.  A punch is just a punch, a kick is just a kick as Bruce Lee would say.

John Hennessy has spent decades studying and teaching martial arts and I found his insights fascinating, especially the parts about training.  The Essence of Martial Arts is, in some ways, Hennessy’s notebook about his travels.  Even if you’re not interested in the martial arts (and I don’t know why you wouldn’t be), this is just a good book to read to understand why people study fighting even when they’re not really interested in fighting.  There are stories of how and why he started studying, where it’s come in handy in real-life situations, and some of the things he’s found as he’s traveled the path.

If you’re thinking about studying martial arts, this is a good place to start; Hennessy knows his material and presents it in an understandable way without resorting to nonsense.  He’s also one of the few martial artists I’ve read who is smart enough to draw a distinction between what we do in sparring and what we do in real life.  If you’re more advanced, The Essence of Martial Arts is still a good read because no matter how much experience you’ve got, you’ll still find something useful in here. 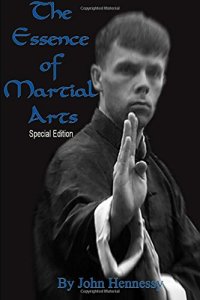 John’s written a lot more than just these two books, these just happened to pop out at me.  Trust me, though, I’ll be reading more of his work in the future.

Get Murderous Little Darlings here and get hooked

Find The Essence of the Martial Arts here

Check out his blog

3 thoughts on “Book Review – A Twofer from John Hennessy”