Every year the Albuquerque Botanical Gardens puts on the River of Lights, an extravaganza where they take most of the park of light it up. This year my son was singing in the choir out there so I actually had the opportunity to go see what the hubbub was all about. All of these shots were taken with the camera on my phone, so don’t expect anything too amazing. If you’re even in Albuquerque when River of Lights is going on, it’s a heck of a show. Just bundle up; it gets pretty cold out there at night. You can even buy tickets online at Riveroflights.org.

This was actually the second scorpion of the evening.; the first is a bit further down. Scorpions are very big in these parts, though I’ve never actually seen one in the wild.

I couldn’t get too close to this guy because the crowds. 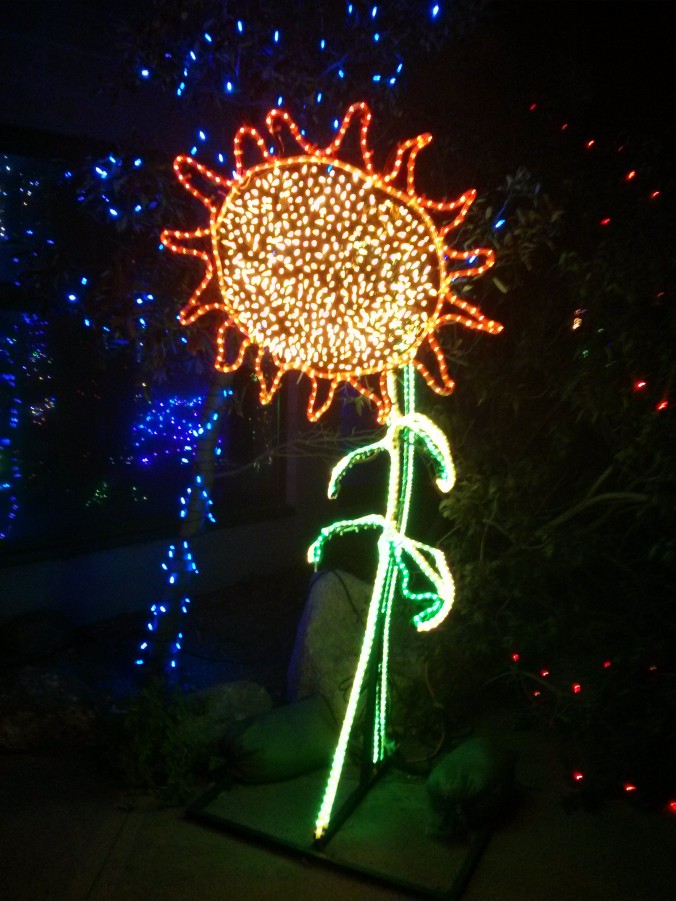 These two are looking down on the Steg. The whole critter was about twelve feet long.

One of the tropical areas lit in brilliant blue. 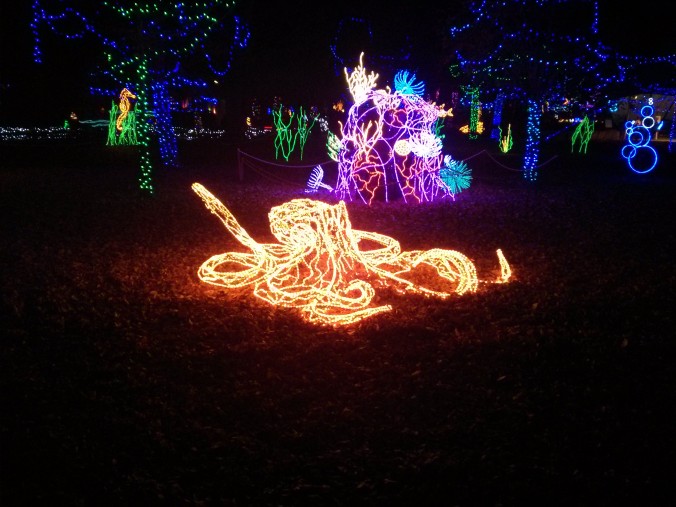 It’s hard to tell from this angle, but that’s an octopus. It was bout four or five wide.

It’s Albuquerque, you gotta have a balloon

The lion was animated. 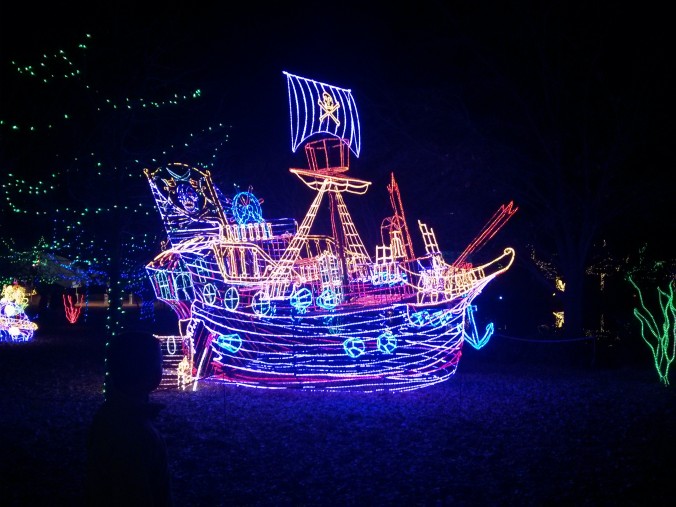 Yarr. This park be ready for a plunder.

Dragonflies are also pretty common around here, though they usually don’t get this big. This piece was about five or six feet tall. 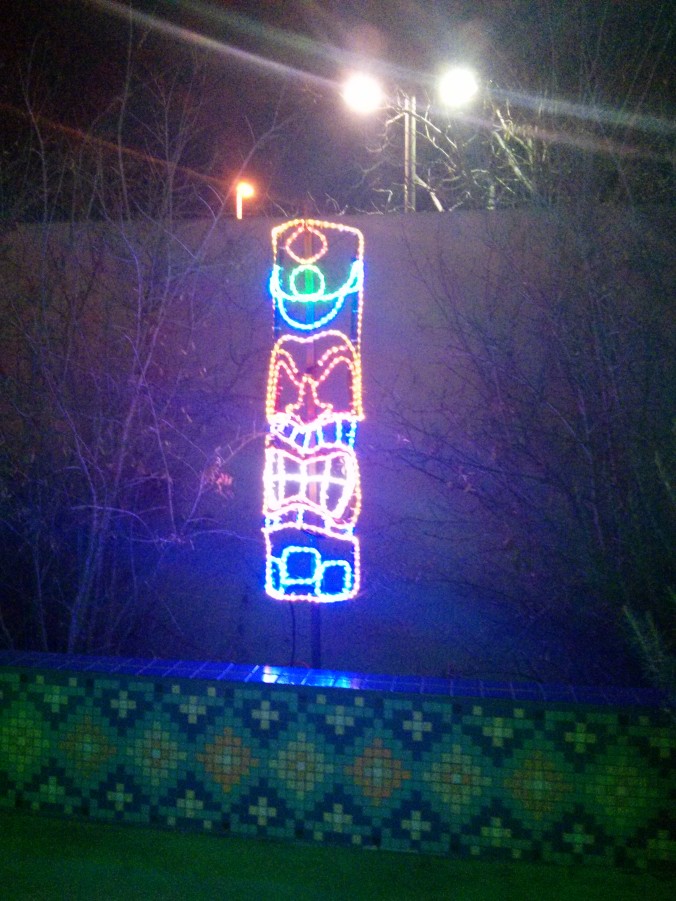 I don’t know about you, but I find drinks just taste better when they’re served in a Tiki mug. 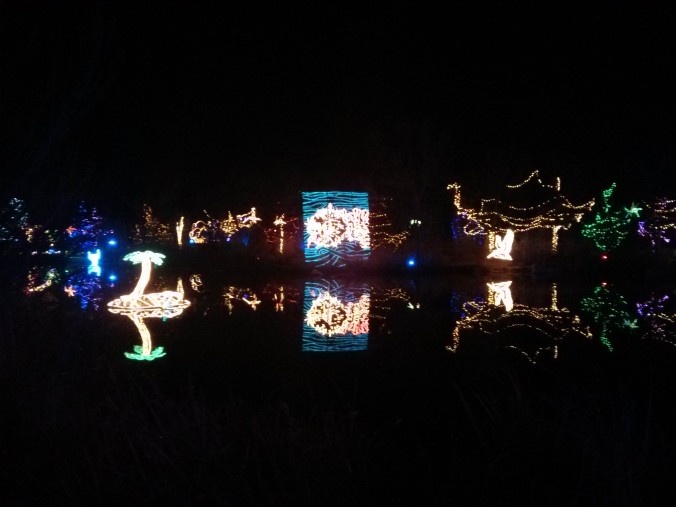 I was trying to get a shot across the pond. It kind of worked. 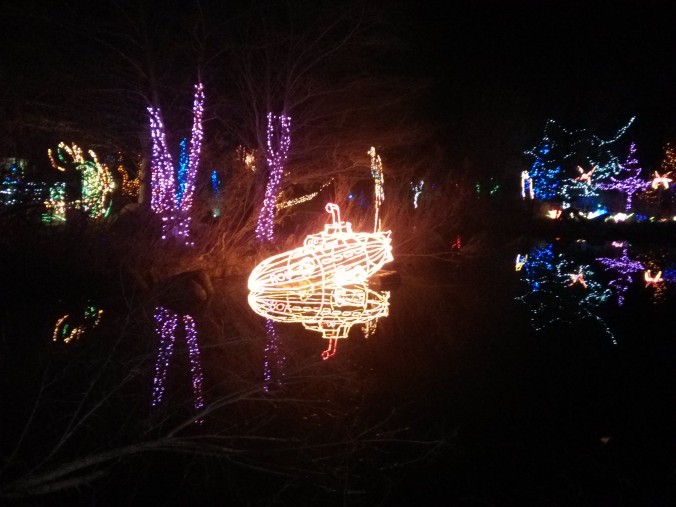 The ocean theme in the center of the park.

I forget exactly what this was, but it’s very glowy

Fun fact: a flock of cranes decided the field next to my son’s school looked like a good place to hang out. Those are some damned big birds

A slightly better shot across the pond.

A not so great shot across the pond. 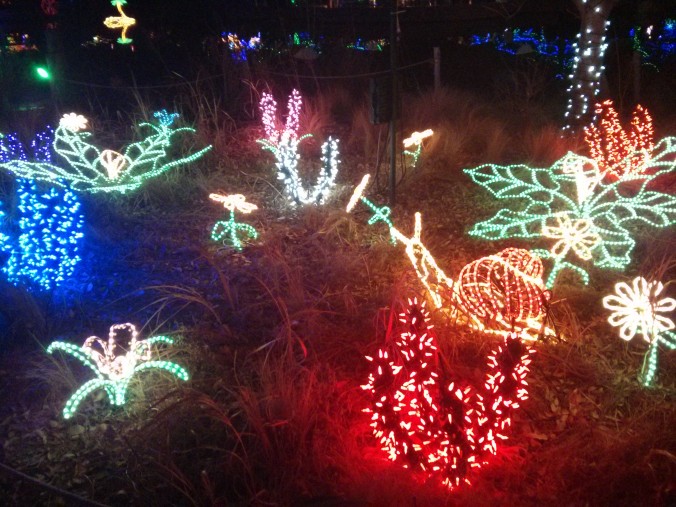 Steer clear of the cactus, bud.

Albuquerque is, of course, famous for its lack of actual birds of paradise. We make do with the glowing ones.

I have not actually seen a live scorpion in town. I hear they have been known to rock you like a hurricane, though.

For the uninitiated: The sun is the Zia symbol. The cacti are prickly pear. The mountains are the Sandias. The cowboy’s just a cowboy.

Light up saguaro cacti. Another fun fact: though commonly depicted as common in the Southwest, saguaro only grow naturally in a fairly small part of the desert – The Sonoran desert in Arizona, the Mexican state of Sonora, and parts of California. They’re neither native nor common in New Mexico.