Back when my son was younger his favorite book was Dr. Seuss’s Fox In Socks. Now, for those of you without kids, that book is one gigantic tongue twister. There’s even a warning on the cover about the book being dangerous. The first time I tried to read it to him I stumbled all over the place. It was the literary equivalent of a rumble strip. It starts out pretty easy, but before you know it the book is repeatedly punching you in the teeth. After finally getting through the Tweetle Beetles part, I set the book down and swore I’d never read it again.

Over time, I got really damned good at reading that book. It’s amazing what reading the same thing, night after night, will do for your ability to read something. In the end, I think I had it memorized. I found the flow, learned the twisters, and rolled with it. By the time my son was bored with Fox In Socks I was actually enjoying reading it out loud.

What does this have to do with writing? Funny you should ask.

There’s this theory in writing fiction that you should read your own work out loud. It helps you identify stumbling sentences and things that simply don’t flow like they should. Often times, while we’re writing, we tend to have and idea that sounds great in our heads, something that looks good on paper, but sounds like fools yammering when you read it out loud. Those are the things to keep an eye out for. It’s not just Seuss’s vicious tongue-twisters, it’s the clunky, kludgy speech that winds up on the page that kills otherwise good prose.

Dialogue is an especially difficult thing to deal with. The words characters speak – and how they speak them – need to feel real. Remember: there are grammar rules for the body of the text, but very few people actually speak in grammatically correct sentences. Dialog that follows true grammatical rules often times feels wrong and can make characters seem fake. Character dialog has to fit the character and that character’s place in the narrative or it becomes a huge, glaring error on the page.

So why reading it out loud help? I haven’t a clue what the scientific reason is, but I do know bad flow will stick out like a turd in a punch bowl when you read it out loud. Maybe by saying things out loud you force yourself experience the words differently; they gain a gravity that’s lacking on the printed page. Plus, when you hit that section on the Tweetle Beetles, you’ll definitely know it.

I’ve been working on the as yet unnamed sequel to Arise, as well as a few other things, and decided to put the theory to the test.

To make things more interesting, I decided to record myself reading so I could play it back later. This was kind of a mistake since I hate listening to myself talk, but maybe someone will get something useful out of it. At the very least you get to hear a chapter from a book that’s not even done yet and you get to hear my lovely voice reading it. I found a cheap microphone, a free recording app for my phone, and sat in my car reading a random chapter from Henchmen 3. 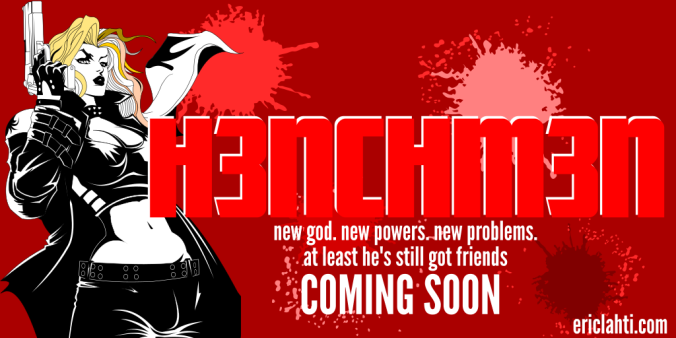 The experience was interesting and useful. I tend to write like I speak. In fact, I’ll be reading things in my head while I’m writing them. I did find a few stumbling points (which have been altered in the text), but for the most part was pleased with the flow. I was not terribly pleased with the performance, but that’s another issue entirely.

I may be taking a hard right from most people here, but I think the reading would have gone better in front of an audience. With an audience you’ve got someone to play to. Sitting in your car while people give you strange looks isn’t quite the same thing.

At any rate, if you’re interested the recording can be downloaded below. Remember, this was a completely cold reading of a chapter I wrote a few months ago, so don’t expect a high quality performance.

14 thoughts on “Hear Me Now, Believe Me Later – Reading Your Own Work Out Loud”