I grew up in the United States in the 70s and 80s. It was an interesting time, although none of us really understood that when it was going on. We would be the last generation to grow up with trampolines in the back yard, yard darts, an insane preoccupation with rock ‘n’ roll, and the constant threat of nuclear annihilation hanging over our heads. Before the Soviet Union crumbled we were taught – and I’m not kidding here – that the crazy reds could launch all their missiles when we least expected it.

The solution, of course, was preparation. In the event of a nuclear attack the safest place to be was under your desk. After the blast passed we’d emerge from under our school desks and begin the nightmarish task of bringing Freedom to an apocalyptic Hell-scape populated with mutants and Communist sympathizers. It would be rough, to be sure, but my sixth grade class was up to the task.

Sigh. We never did get to fulfill out destinies and now that the Red Menace is no more we’ve had to find solace in alcohol and fast cars.

The Cold War brought out a lot of insanity, kind of like the War on Terror and the War on Drugs. This was the era that gave us chilling tales like Red Dawn, The Terminator, and countless other films that told us we’d be dealing with implacable foes. Communism was verboten. Calling someone a Pinko Commie or a Red was the height of insults. Propaganda ruled our lives and we bought it hook, line, and sinker.

After the Soviet Union crumbled we should have looked back on the madness of the Cold War and mumbled to ourselves that, sure, we were nuts, but it wouldn’t happen again because we’d learned from our mistakes. Instead, we took the lessons learned in the Cold War and applied them everything we could because the propaganda worked really well and it would be a shame to waste it.

That’s my little social diatribe for the day. Now onto the fun stuff: nuclear weapons.

A lesser known fact about Albuquerque, New Mexico (well, Kirtland Air Force Base, to be precise) is it’s home the Air Force Nuclear Weapons Center. While most of the development of the early atomic bombs took place in Los Alamos, Albuquerque has always been involved in the nuclear weapons trade.

Don’t worry. It’s safe here and the people tasked with maintaining the weapons know what they’re doing, so don’t hesitate to visit.

So, it shouldn’t come as a surprise that we have The National Museum of Nuclear Science & History. The museum’s moved around a few times; it used to be situated on KAFB, but had to be moved when the base heightened its security. The museum then moved downtown, but the neighbors complained about the decommissioned nuclear missile out front. It’s now in what will probably become its permanent home in a large field close to KAFB.

The museum is more than just weapons, though, it’s a look at the world through the lenses of what nuclear energy promised and accomplished. NMNSH doesn’t pull punches and it doesn’t flinch away from telling the history of nuclear power in America, and it’s not always pretty.

I’ve been there more than a few times, but I’ve never really stopped to take pictures. So, without further ado, take a stroll down memory lane with me and remember what it was like to honestly have to worry about waking up to a fireball.

Various atomic and nuclear collectibles. Back in the day nuclear power held the promise of cheap, efficient energy. 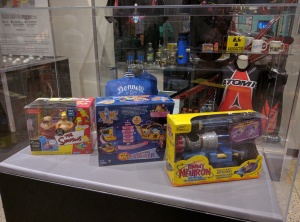 From the heady days when nuclear power was going to save us all.

And then this had to go and happen.

The museum is dedicated to science and learning, so it’s no surprise there’s an animatronic Einstein to answer the tough questions. 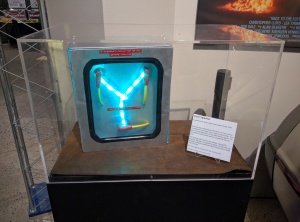 A new addition to the museum: A DeLorean and a Flux Capacitor.

New Mexico is home to WIPP, a project that may or may not kill everyone on Earth at some point. The containers are insanely tough stuff, though, so I’m not overly concerned about it. 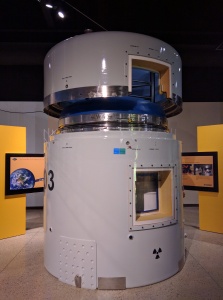 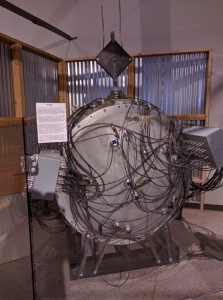 A replica of Gadget, the first atomic device. 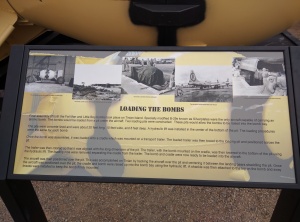 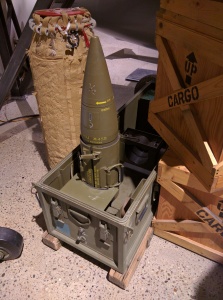 Atomic shell designed to be fired from a howitzer 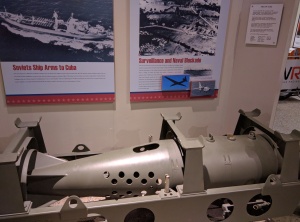 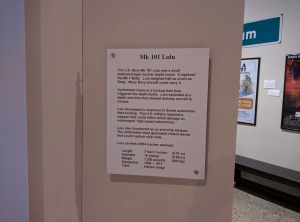 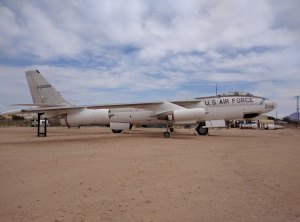 Conning tower from a nuclear submarine.

In this age where our leading Republican Presidential candidate is promising to attack everyone who looks at him funny, it’s important to remember what it was like when the world actually did hang in the balance. Aside from the heady thrill of dreaming about hunting mutants, it wasn’t a fun thing to think about. The museum also has a lot of information about Hiroshima and Nagisaki, including before and after pictures. Unfortunately, none of those pictures turned out. Even seventy years on, though, they’re haunting images.

2 thoughts on “A Happy Stroll Down Memory Lane”