In Airplane II, the greatest movie ever made and co-starring one of the greatest actors of all time – William Shatner, Commander Buck Murdock quips: “Irony can be pretty ironic sometimes.”

Anyway, my son has recently picked up on the word ironic and, like most Americans, seems to think the word refers to unfortunate situations. This is probably due to the influence of Alanis Morissette who probably wonders when idiots like me are finally going to let “Ironic” go. Seriously, it’s been twenty years now. 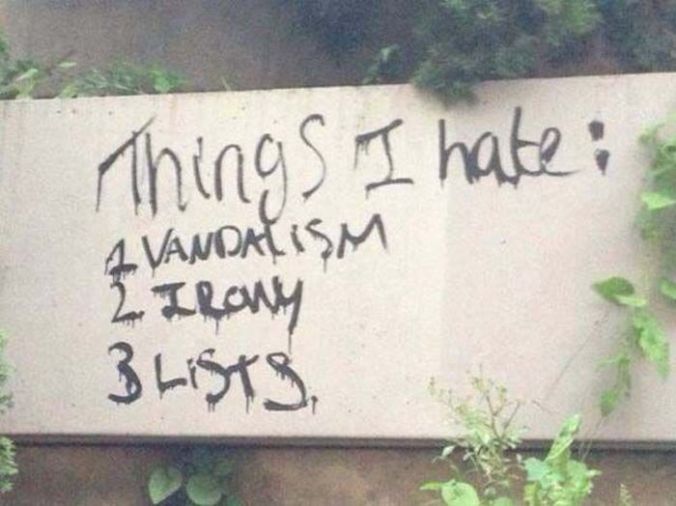 The problem is one of definition. According to Google (who knows all and shares all), irony is defined thusly (bonus for all you writers out there: synonyms!):

noun
The expression of one’s meaning by using language that normally signifies the opposite, typically for humorous or emphatic effect.

An excellent example of irony would be the fact that I pulled this definition straight off a Google search and am writing this in Chrome. Google’s own spell checker thinks sardonicism is spelled wrong (it’s not, I Googled it).

According to Merriam-Webster, a simple definition of irony is this:

Most people are not going to use the classical Greek tragedy version of irony, which leaves us, non-ironically enough, with a simple definition: “You get the opposite of what you expected. Hilarity ensues.”. Kind of like right now, when you expected a serious discussion of irony and got this blog post instead.

If a statement meets those criteria, it can probably be considered ironic. Does “Like raaaaaaiiiiinnnnn on your wedding day” meet the criteria? I would imagine, unless you’re a goth, rain on your wedding day would be the opposite of what you’d expect, but from the point of view of the wedding party, it’s hardly funny. Even if it was goths, they wouldn’t find it funny because they usually have no sense of humor. From the perspective of an outsider, especially one that doesn’t really like you, rain on your wedding day might qualify as ironic because it’s the exact opposite what was expected and it’s funny as hell when it happens to someone else. It’s like Albert Gibson (Tom Arnold) said in True Lies:

“I mean, if it was just some idiot and not you, you’d be laughing your ass off.”

Next time you want to call something ironic, make sure it meets the criteria: opposite, funny or strange. If it doesn’t, it might just be unfortunate. Or funny.

Which would be kind of ironic.

As usual, The Oatmeal hits the nail on the head

5 thoughts on “Irony Can Be Pretty Ironic Sometimes”