Don’t worry about me. Not much bothers me and it takes quite a lot to offend me, so I was fine.

Anyway, what you get in Beyond Right or Wrong is primarily a story about a woman whose boss is a total jerk (but a hot jerk) and the interactions between them that lead to them bumping uglies. Truthfully, those aspects were more interesting to me, but much like with 50 Shades, I’m hardly the target audience for Beyond. There’s a lot of internalization between the two main characters (Andrea and Clint) and their revolving supporting cast.

Now, here’s the hard part about the book: it’s essentially a love story woven together as a cheating story. Clint’s married, but falls for Andrea. In order to mask his feelings, he treats her like crap. Despite all that, the two eventually winnow their way together, blowing off Clint’s failing marriage. Interwoven into that plot is a subplot about a serial killer – which was interesting in its own right. Actually, I’d like to see Mrs. Taylor try her hand at writing a straight-up murder mystery.

“Warning: Not intended for those under 18. Contains adult content.
Can be read as a stand-alone. Beyond Right Or Wrong is an Adult Romance. This is a love story.
Andrea Cody moved from Los Angeles to Dallas Texas because she was running, running away from the way she’d been living, to a simpler way she remembered as suffering from the shock of her partner losing his life in an undercover sting and nearly losing her own at the same time, she needed away, away from the lower, seedy side of life that had come with her job! However, after living in Dallas for several months, where she’d avoided anything that had to do with her old career, she’d realized that she missed it, missed the adrenaline rush it allowed. Deciding to seek employment with the FBI’s Dallas Field Office, she hopes to find the something that has been lacking in her life. What she wasn’t expecting to find in her pursuit, though, was an instant, pantie drenching desire for her team leader Clint Romero! The fact that he’s married definitely threw a monkey wrench in the needs and wants of her body, for even she, has some morals, but those crumble when she learns Clint is fighting his own battle of temptation. One to not just give in and take what he wants. And what he wants is Andrea in every way he can take her to satisfy the ache…the need she has brought about within him, even as a killer within their city gives in to his own wants and desires!” 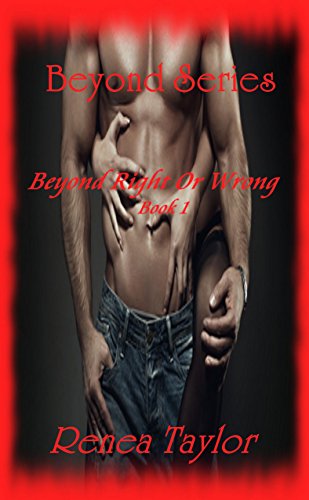 Check our her FB Author page