Humans have an incredible desire to believe things, especially things that explain how the world works. It’s far easier to believe the pyramids were built by aliens than a large and dedicated work force because it explains something we can’t come to grips with: how would you get that many people to put in that much hard work with so little reward? The people that question this are usually coming off an eight to ten hour shift where they put in as little effort as possible for the maximum reward. Such is our culture that a different work ethic is so alien it may as well be aliens behind the whole thing. 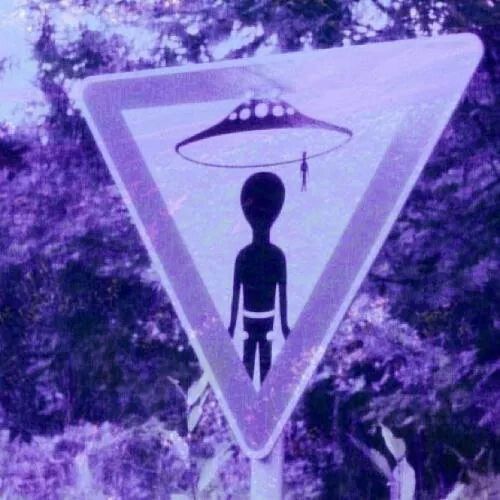 I think it’s because of this uncanny desire to simplify, understand, and believe things that conspiracy theories are as popular as they are. Conspiracy theories provide us with an easy answer to a complicated problem. 9-11 wasn’t the end result of decades of questionable choices and intelligence foul-ups – it was an inside job. No one has ever landed on the moon; it’s too far away and there’s no way we could get there – the moon landings were faked. Jade Helm is far too large of an operation to be a training exercise – it’s a plot to take over Texas.

Conspiracy theories play into our desire for simple solutions and the best ones play on our preconceived notions. How could Hillary Clinton get as far as she did when it’s obvious to anyone with half a brain that she’s a criminal? Simple: she’s a criminal mastermind. But also stupid. And a woman. And she needs to be locked up for whatever those supposed crimes that decades of digging haven’t uncovered. Infowars to the rescue with a whole mess of half-baked theories that “prove” she’s a stupid criminal mastermind that needs to be locked up. Boom! Meet #pizzagate. And people bought it because they already hated her and were looking for a good reason to justify that hate. 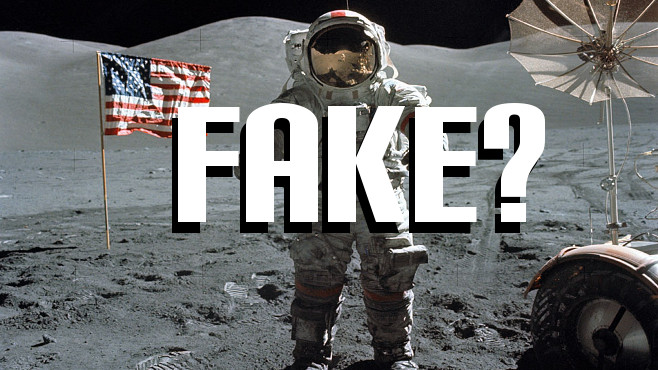 No, it actually happened. Multiple times, too.

For the record, I don’t think Hillary Clinton should be locked up. I think she would have made a fine president.

Also, for the record, I don’t think Trump will be the end of the end of the world. I don’t particularly care for him and he’s already off to a rocky start, but I like to think someone will pull him back from the edge and he’ll do at least a few good things. At the very least, if he does decide to go to war with China, we’ll hear about it on Twitter before the bombers leave.

This last election cycle still leaves me wondering how we got to this place. As a writer, I’m used to fabricating tales and live in constant worry that someone will think I was serious about the events of Henchmen. What still boggles my mind is there are people out there writing fiction, passing it off as fact, and it had a massive impact on the world when people who were worried about their futures decided to swallow the easy lie rather than face the harder truth.

Nebulous sources, alternative facts, and “they say” is easier to handle than digging down and figuring out the root cause of the problem. It’s unfortunate, but our access to information has gotten so expansive that it’s trivial to find an example that supports our philosophy. All it takes is someone saying something we agree with and suddenly that person is a trusted source. This unfortunate desire to believe things has allowed unscrupulous swine to manipulate our understanding of the world. 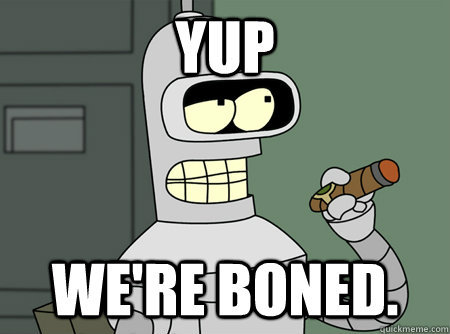 As long as we blindly believe things, yes we are.

Conspiracy theories can be fun. I even wrote a post not too long ago on how to make one of your own. The problem arises when they change our perception of the world because, unfortunately, perception is reality.

Next time someone provides you with a piece of news that seems to validate everything you believe, take a moment to ask yourself a couple questions. Where did this come from? Can I find any other evidence for it? And, most importantly, who profits from this bit of information being out there. Always wonder who the “They” in “They say” are and what their endgame is. Follow the money, follow the power, and then you might find the truth. 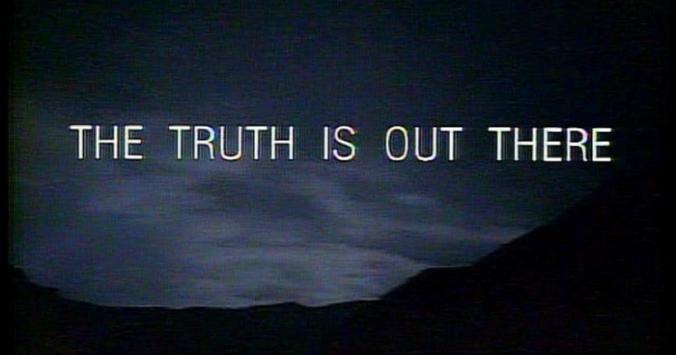 It may just not be the truth you want to find.

When I was working on my Master’s Degree, everyone in the MA (yes, I got a Master of Arts in Speech Communication – go figure) program had to go through grad-level statistics. Ostensibly, this was to teach us how to have valid experimental work and give us a better understanding in general of how statistics works. It was actually a good class and I’m glad I took it, even if the only real stats work I did was running a chi square test and some basic validity and reliability tests on my thesis. What I actually took away from the class was how easy it is to manipulate people with numbers. 60% of the time it works 90% of the time. 79% of people know that.

Since my degree – even though it was in Speech Comm – focused on rhetoric and persuasion, I’ve had a sick fascination with the ways people can be manipulated. Naturally, this last election cycle was like being on a several month long bender of lies and distortions. U.S. Presidential elections are usually like that, though. They’re like that crazy chick you know you should stay away from, but you still find yourself waking up in her bedroom and wondering what happened to your clothes and where you got the crazy idea to pierce various places.

Just to get this out of the way, the election is over and this post isn’t directly about the election, anyway. What this is about, is all the paranoid ramblings that come up every election cycle. Since I’m a writer, I thought it would be fun to write a conspiracy theory and step y’all through the process of manipulating people for fun and profit.

Conspiracy theories are inherently interesting to us as humans. It’s easier to believe aliens built the pyramids than it is to understand a whole lot of people can accomplish something amazing when they set their minds to it. Just like with fake news stories (which are a form of conspiracy theories in that they exploit our base predilections) the trick with any good conspiracy theory is to take advantage the small truth and expand it in all kinds of exciting ways. We’re going to start with two small (probable) truths:

I don’t have any concrete evidence for this, but the beauty of a good conspiracy theory is it doesn’t require much evidence. Actually, less evidence is better because it’s hard to refute nothingness. All you really need to do is work with something people already “know”.

Meet your new car. The high-end ’82 Firebird turned a jaw-dropping 165 bhp from a V8 engine.

Now we’re going to throw some techno-babble at it to make it all sound scientific. Self-driving cars rely on GPS navigation and advanced near-AI computers. Don’t go overboard with the tech stuff or people will ignore it. Add a major corporation and a touch of heath care and you’ve got the makings of a great conspiracy theory.

To finalize the conspiracy theory all you need to do is add a bit of paranoid ramblings that sound truthy. Truthiness is important. A conspiracy theory plays on people’s inherent pre-judgements about the world around them. Again, take something everyone already “knows” is true. This is what separates a conspiracy theory from propaganda. Propaganda seeks to create the “truth”, conspiracy theories exploit that “truth”.  For our conspiracy theory we’re going to play on Americans’ inherent mistrust of government and large corporations. That’s actually one of the things that brings us together as a country: distrusting the people that run the joint and pay the bills. 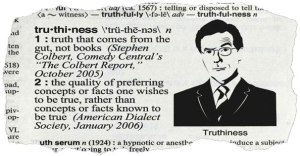 Knows a little too much about truthiness, if you know what I mean.

Put it all together and you get something like:

Self-driving cars are almost a reality. Google’s almost got one ready to deploy and you or your kids will probably be able to buy it. Guess what! You’ll also get a discount on your car insurance if you let the car drive itself because that’s how good Google is at this kind of thing and they’ve cut a deal with automotive insurance companies. Google’s actually creating an artificial intelligence to make it all work!

Google is the same company that helped design the Great Firewall of China that blocked Chinese citizens from learning what their government is up to. And they did it at the behest of the State Department! It doesn’t take a genius to think they can do the same thing here in the United States. They’re also masters at working with GPS. Ever looked up your house on Google Maps? They’ve got pictures of your front door. They know where your phone is, too! Now, at the behest of the United States government, Google is going to be able to track your car and see everywhere you go! If you decide you’re going to McDonald’s, Google will know and they’ll tell the government. Since the government runs healthcare now, your health insurance rates will go up because you wanted a Big Mac and someone decided that’s unhealthy!

We’re through the looking glass here, folks. The future is now and it’s just like Orwell predicted: a boot on your throat forever. When self-driving cars debut, do yourself a favor and DON’T BUY ONE!

See how easy that was? Unfortunately, a lot of news these days follows the same kinds of formula. Find something interesting that are already twitchy about, extract it to a logical-sounding conclusion. Next time you read something that sounds too good to be true (Obama founded ISIS!), do yourself a favor and do some digging, especially if it smells conspiratorial. Just like with statistics, it’s possible to “prove” almost anything. Unlike statistics, a conspiracy theory or a fake news story doesn’t require much in the way of truth, it just has to sound true.