Aside from the fact that this is a review of a Nico Laeser book, this post is special because it’s the first time for a new feature I call “Clever Answers to Stupid Questions”. Every author interview has the same set of questions: Why did you start writing? What inspired this story? Are you really this awesome in real life? (It seemed like a good idea at the time, A night of drunken debauchery, Yes). Writers are good at those kinds of questions so I wanted to try throwing some curve balls and let the writers flex their muscles a bit. For any book I review (and for books where I can get in contact with the author), I’ll give the author the choice to play. If they’re not interested, no worries. So, stick around after the review and see Nico’s “Clever Answers to Stupid Questions.” It’s kind of like the shawarma scene in Avengers.

This is the second of Nico’s books I’ve read (the first was Skin Cage) and just like Skin Cage, Harmonic: Resonance does a wonderful job of taking the familiar and turning it on its head. And kicking it around a little. Then asking “are you alright?” just before poking the familiar in its eyes and tweaking its nose. His books are smooth and easy to read but will stick with you for weeks. They’re the Pan Galactic Gargle Blasters of the literary world.

Harmonic: Resonance begins at the end. Literally and figuratively. The first lines echo events from almost the end of the book and the book starts at the end of what we would call normal. It’s an excellent genre-bending story (genres are for suckers) that takes us through the end and well into the new beginning. It’s the first in a series with Harmonic: Dissonance coming sometime in 2016.

The story is told from Emily’s point-of-view, a deep focus on a young woman stuck in the middle of extraordinary events. The world burns and out of the ashes come the ghosts. Normal people – everyday folks like you and me – change as a result and the world changes with them. Because, after all, it’s people that make the world what it is. Harmonic: Resonance is a story of change and how we’re dragged, sometimes kicking and screaming, into the resultant new world.

It’s a masterfully crafted story that looks at how we react to change, especially when that change is extraordinary. In the final analysis, some will call Harmonic: Resonance a horror story. Others will call it a survival story. Still others will point at the action or the quest or politics. None of them will be wrong, but in my mind it will still be a story about change. And change is a terrifying thing. Recall the words of the prophet Garth Algar: “We fear change”. Those words were as true in the 1990s as they are now. Even without the ghosts and the demons the general end of civilization, change is a terrifying thing.

Harmonic: Resonance is a great story that drags you in and shows you a world gone mad through the eyes of one young woman who is forced to accept the changes and learn to deal with them.

“The whole world waits for the gates of Hell to open; at least half of them wait on their knees, praying for it to be quick, praying to a god not even the dead can say exists.
I have done all I can to prepare. All I can do now is wait with the rest. I don’t know if anyone will make it through, or if anyone will ever listen to this recording. I’m sure everyone’s version of events will be different, but the end will most likely be the same for us all. They are everywhere now, strange variations of the basic demonic form—horns, talons, and teeth. They too are waiting for the transition, the next convergence.
My name is Emily. I am twenty-three years old, and I will probably not make it to twenty-four. I don’t know what I’m hoping to achieve with this recording, if anything, but I have no one left to talk to, so you’ll have to do.” 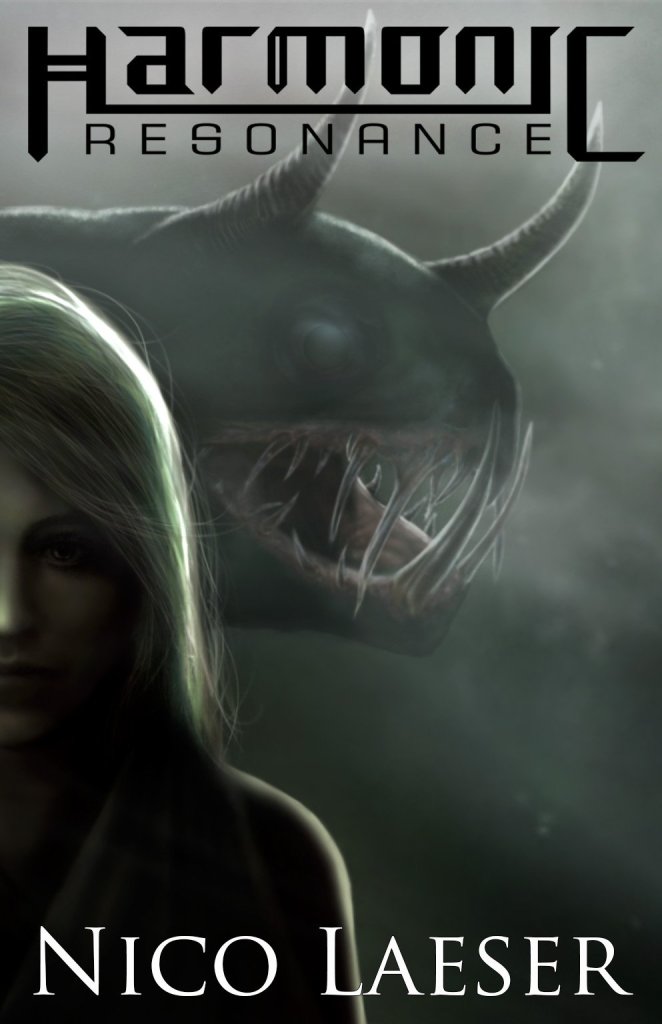 Copyright 2015 (I think) by Nico Laeser. Just a side note, he does all his covers, including the illustrations. Check out his Tumblr for more.

I wrote up a set of seven completely ridiculous questions and let Nico pick and choose what he wanted. Here are the results.

2). If the Hokie Poky really is “what it’s all about”, explain how you have used it in your daily life.

Because a house with wheels is way more fun to blow around. (Why, if your house has wheels, would you remain in a place called Tornado Valley?)